On Monday, the Sterling climbed to a high of almost a month, as broader financial markets kicked off the week in an upbeat mood, giving the currency some support.

Furthermore, traders were also gearing up for the policy meeting of the Bank of England, which is scheduled for this week, and the central bank is expected to increase its interest rates.

Bitcoin Revolution is a crypto trading tool for investing in the crypto market with an %88 average win rate on trades and is the #1 trading software for crypto traders from all around the globe in 2022. Try it For FREE Today.

The policy decision will be made by the Bank of England on Thursday and traders are pricing in an 80% possibility of an interest rate hike of 50 basis points.

This is in light of central banks all over the globe speeding up their interest rate hikes in order to combat the surging inflation.

On Monday, survey data that showed a decline in the new orders and manufacturing output in Britain at the fastest rate after May 2020 did not have much impact on the British pound.

It was because many traders have already priced in expectations of a slowdown in the economy. There was a 0.2% rise in the sterling by 0830 GMT against the US dollar, which saw it reach $1.2206.

This brought it near a high of a month at $1.2245, which the British currency had managed to reach on Friday.

There was a 0.1% rise in Sterling against the euro to reach 83.87 pence and this put it close to a high of three months of 83.46 that it reached on Thursday.

Market analysts said that the price action of the GBP would now depend on a wait-and-see approach, as markets are waiting for the interest rate announcement by the Bank of England (BoE) on Thursday.

Rate expectations have already indicated that a 50 basis points increase is priced in, but if there is a pushback against the hawkish pricing in the market, the pound could see some weakness.

In recent months, the British currency has been struggling against the US dollar, even though its movements have mostly been because of developments specific to the US dollar.

This was apparent when the US dollar rose because of its safe-haven nature after the US Federal Reserve increased its interest rate last week by 75 basis points.

Likewise, weakness in the dollar when sentiment is high also causes a change in the British pound, but the latter has done much better against the euro.

Sterling has managed to hold steady against the euro, as the latter has been struggling quite a lot in recent weeks.

In fact, the common currency recorded hefty declines that saw it reach parity with the US dollar. This is because of the pressure on the euro zone economy.

There are major concerns about the euro zone entering into a recession because of the fallout from the shortage in gas supplies, as Russia has already cut down significantly.

Moreover, prices of natural gas are also soaring and some of the countries in the euro zone economy, such as Italy, are dealing with a political crisis that has weighed on the currency.

Best Forex World is not responsible for the content, accuracy, quality, advertising, products or any other content posted on the site. Some of the content on this site (not all) is paid content that is not written by our authors and the views expressed do not reflect the views of this website. Any disputes you may have with brands or companies mentioned in our content will need to be taken care of directly with the specific brands and companies. The responsibility of our readers who may click links in our content and ultimately sign up for that product or service is their own. Cryptocurrencies, NFTs and Crypto Tokens are all a high-risk asset, investing in them can lead to losses. Readers should do their own research before taking any action. 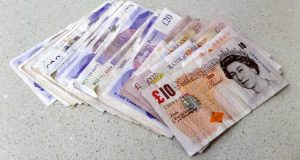 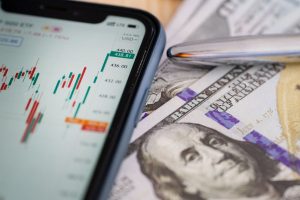 Morgan Creek CEO Mark Yusko has claimed that Bitcoin is going to retrace in the current year. He compared the...

Ethereum is not just a blockchain with a native token and a DLT. It is also host to tons of...

The latest article was penned by Matt Smith, professor of aerospace studies at the University of Nebraska Lincoln in Bitcoin...

Dan Gambardella is the founder of Crypto Capital, a VC for blockchain and DeFi enterprises. He also hosts a popular...

The Federal Reserve has recently issued a new warning about the risk associated with cryptocurrency trading. However, as part of...

The lawsuit between Ripple Labs and SEC has gotten its fair share of attention and traction from the cryptocurrency community.... 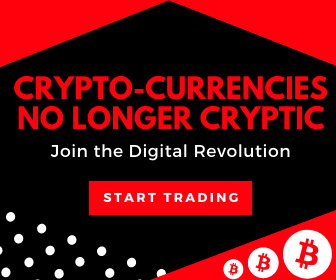